bartsche
You would probably get 357 Maximum performance.


Old age is a high price to pay for maturity!!! Some never pay and some pay and never reap the reward. Wisdom comes with age! Sometimes age comes alone..

nitro450exp
What is the intent.
A straight walled, rebated rim, .223 AR platform based cartridge. With biggest diameter bullet ?


"Man is a predator or at least those of us that kill and eat our own meat are. The rest are scavengers, eating what others kill for them." Hugh Randall
DRSS, BASA
470 Krieghoff, 45-70 inserts, 12 ga paradox, 20 ga DR Simson/Schimmel, 12 ga DR O/U Famars, 12 ga DR SXS Greener

quote:
Originally posted by nitro450exp:
What is the intent.
A straight walled, rebated rim, .223 AR platform based cartridge. With biggest diameter bullet ?

Yes, well rimless not rebated. Maxing out the 223 case. It would be like the 300 blackout but larger flat point bullet and no mini shoulder.

boom stick
The 348 flat nose bullet design are a good thing to aid expansion at lower velocity. Was thinking 44 Mag power out of a 223 case was an interesting thought. I love the 35 cal bullets but the 223 is just too small. The 385 gremlin and 35-6.8 spc are cool and thought this could be an interesting option. Cast bullets in the 150 grain range would be cool too. A 338-223 short with the 200 grain Marlin Express bullets is interesting too IMHO and should feed better.


"Man is a predator or at least those of us that kill and eat our own meat are. The rest are scavengers, eating what others kill for them." Hugh Randall
DRSS, BASA
470 Krieghoff, 45-70 inserts, 12 ga paradox, 20 ga DR Simson/Schimmel, 12 ga DR O/U Famars, 12 ga DR SXS Greener

boom stick
This concept was bouncing around in my head a bit. Looking at the positives and negatives of the 350 “Legend”

it becomes more apparent that a 348 on the 223 case has merit. The case could be as long as 1.72” with the OAL keeping within the 2.26” mag length.
I see three loads with potential.
a. 150 grain bullet for most purposes
b. 200 grain bullet for large game up close
c. 250 grain bullet for subsonic and big and tough animals up close.

The 223 case is cheap and plentiful unlike the 350 “Legend”
350 “Legend” mags should work for this concept further making this concept more attractive and cheaper.
Plenty of cast 348 bullets around for a good variety of velocity envelopes and bullet weights.
The 351 WSL bullets can be swaged down to work.

I was thinking that the 1.72” case should be called the 348 Griffin 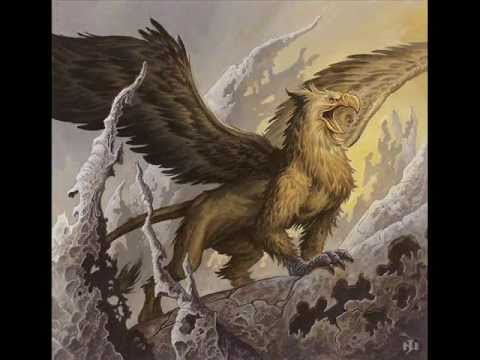 Atkinson
The late Tony Barnes that made those wonderful L-46 and L-461 Sako thumb hole pistols all on the 223 case said the .308 was the largest bore he found logical and he tried them all, his favorite was the 6x45 and 284 on the .223 case even then they ony held two in the magazine..Ackley discussed some of these calibers as recall....I have a 6x45 and I wouldn't go larger..but let us know how yours works out interested somewhat.

boom stick
The concept is not much different from the 350 Legend but with some added benefits and detractions. There are no solutions, just trade offs.

257x50
With the 22 Nosler you have more boiler room....
boom stick
yes, but this idea is for maximizing the 223 case
On the 22 nosler case, the best idea may be a rimless 357 Herrett
https://press.hornady.com/asse...data/357-herrett.pdf
Dies and reamers would be easy with lots of loads available.

Atkinson
check the expanded inside diameter first of all, I think .308 is max on the 223 case, and it looks like a 30 carbine..I wouldn't even consider going beyond the 257x45..and Ive had great luck on varmints, deer and antelope with my 6x45 and it worked wonders on PG culling of Kudu being the largest Ive shot..I like the GS customs or the old 75 gr. BX, but an 85 gr. at near 2900 is a good big game load..Keep the distance short, everything I shot was under 100 yards, except for a couple of deer and an antelope at 150 to 200..If I was to build another it would be the 25/223 because I have not used that caliber and enjoy newbies..

Tonys sako L-461 in .30x45 with lots of modification only held two rounds in the box, but for a varmint caliber it makes little difference to me, thats plenty..

gwahir
Head spacing off the neck will allow a larger diameter bullet, which I am sure know.
Hasher
So basically you are reinventing the TCU series of cases used in IHMSA?

One trick we learned back in the day was to make them out of 222 Magnum brass so that when trimmed to proper length you would get an extra .050 length in the neck and not hope your shorter 223 necks would grow.

Duckhunter39208
Look up a wildcat called the 357 AR Max. Several have made this AR-15 using 223/5.56 brass. The advantages are that true 357/358 bullets can be used, brass is plentiful and cheap, hunting range is adequate for most Eastern and Midwestern situation and it functions through the AR-15. In the beginning, we had to modify the AR mags but with the advent of the 350 Legend, magazines are no issue. There was also some work required to expand the neck to 358 diameter and trim to the proper length but case life is really exceptional. I loose more brass in the grass at the range than I have ever lost from split cases or loose primer pockets. Starline Brass is making .223 basic brass that is very easy to form into the 357 AR MAX.
boom stick
I am glad people are having success with the 35-223. Any sources for info? I think the 348-223 still has merit.

boom stick
Thinking about the 1.72” case (case length dictated by 348 canalure position.) called the 348 Griffin. If the neck wall thickness is as thin as you say to get a 358 bullet to work, that means the Griffin won’t be a straight wall case and run better.