I recently acquired another Cape Gun. This one from Austria/Hungary from the 1880s. This is the very first Gun I've owned with Damascus barrels. I'm assuming its Damascus based on the pattern, but I could be wrong. I know that some makers only simulated Damascus because it was thought to be more desirable. I say this because an examination of both bores, using a 20x bore-scope, shows a mirror bright surface with no trace of Damascus.

Although this was purchased from a private party, while researching the maker I found it was listed for sale at Rock Island Auction Co. back in September of 2010. Unfortunately, I have not been able to find any information about this maker or the gun. The only info that I have is what was shown in that old auction listing. (see pic) Surprisingly, there are no caliber marks or proof marks and no serial number or assembly numbers on the gun. The only markings are on the barrels and on both locks. I was hoping to find information on the internet that told about the place and date of manufacture, but so far no luck.

Info from other forums has identified the caliber as 11.6x82R BP, an old German version of the 450 bpe. A modern 450 bpe case is slightly too large, by a few thousands, to fit into the chamber, but I'll experiment with altering a 450 bpe case so I can shoot this old piece. As I said, both the rifle and the shotgun chambers and bores are "mirror-bright" from muzzle to breech, so it looks to have been seldom fired in the last 140+ years. If anyone has any additional info about the maker or the caliber, please chime in.

as always, your comments are welcome. 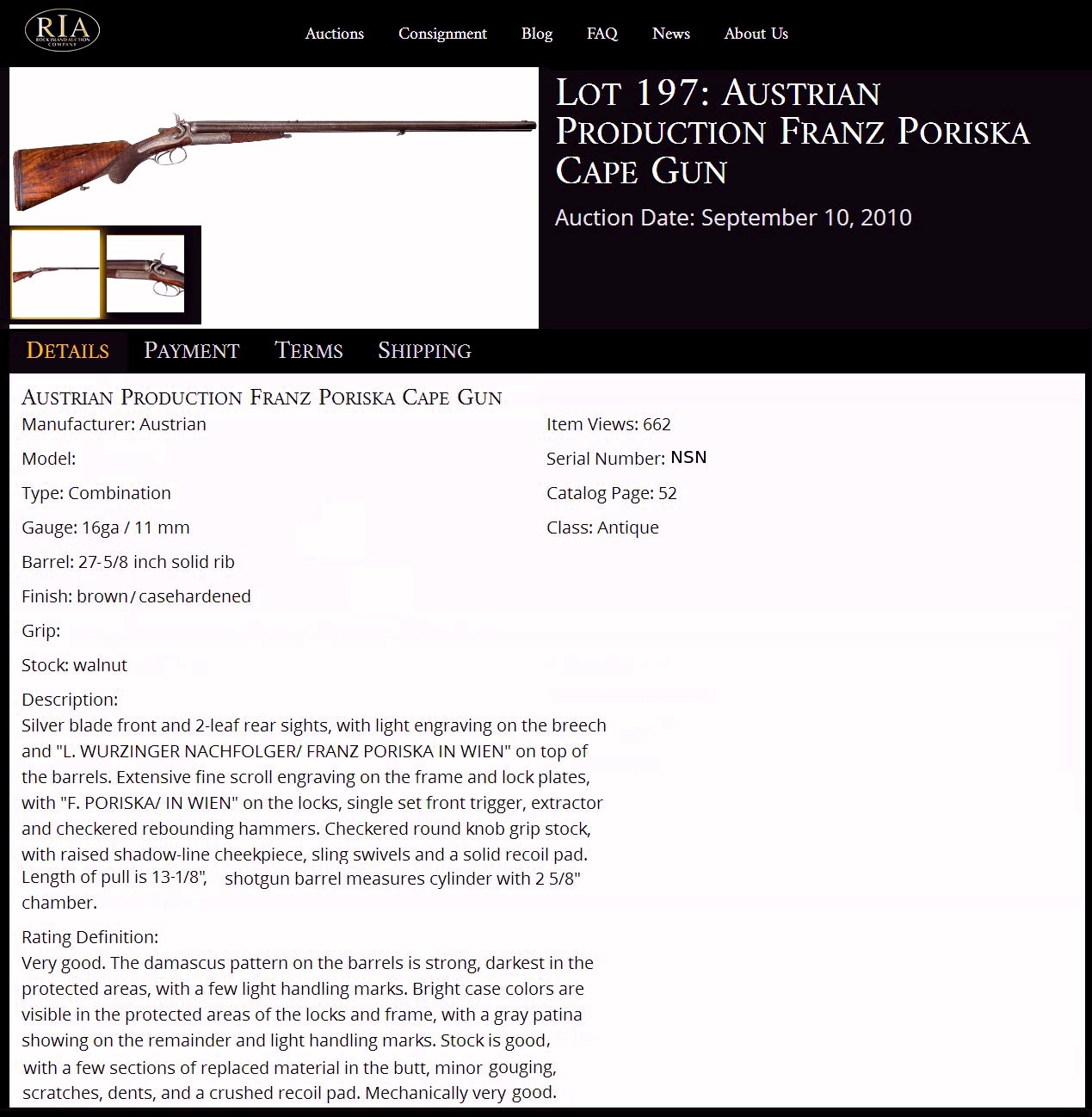 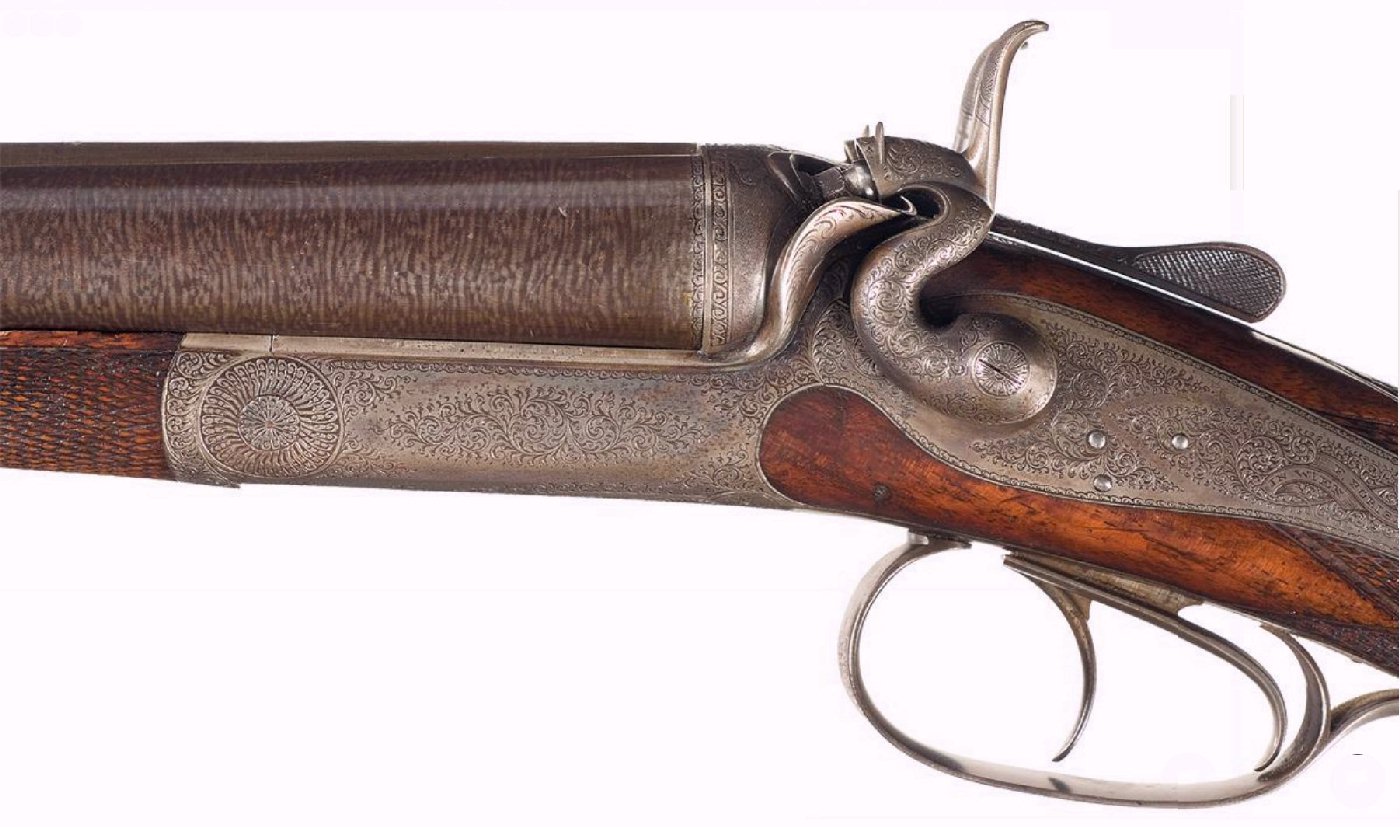 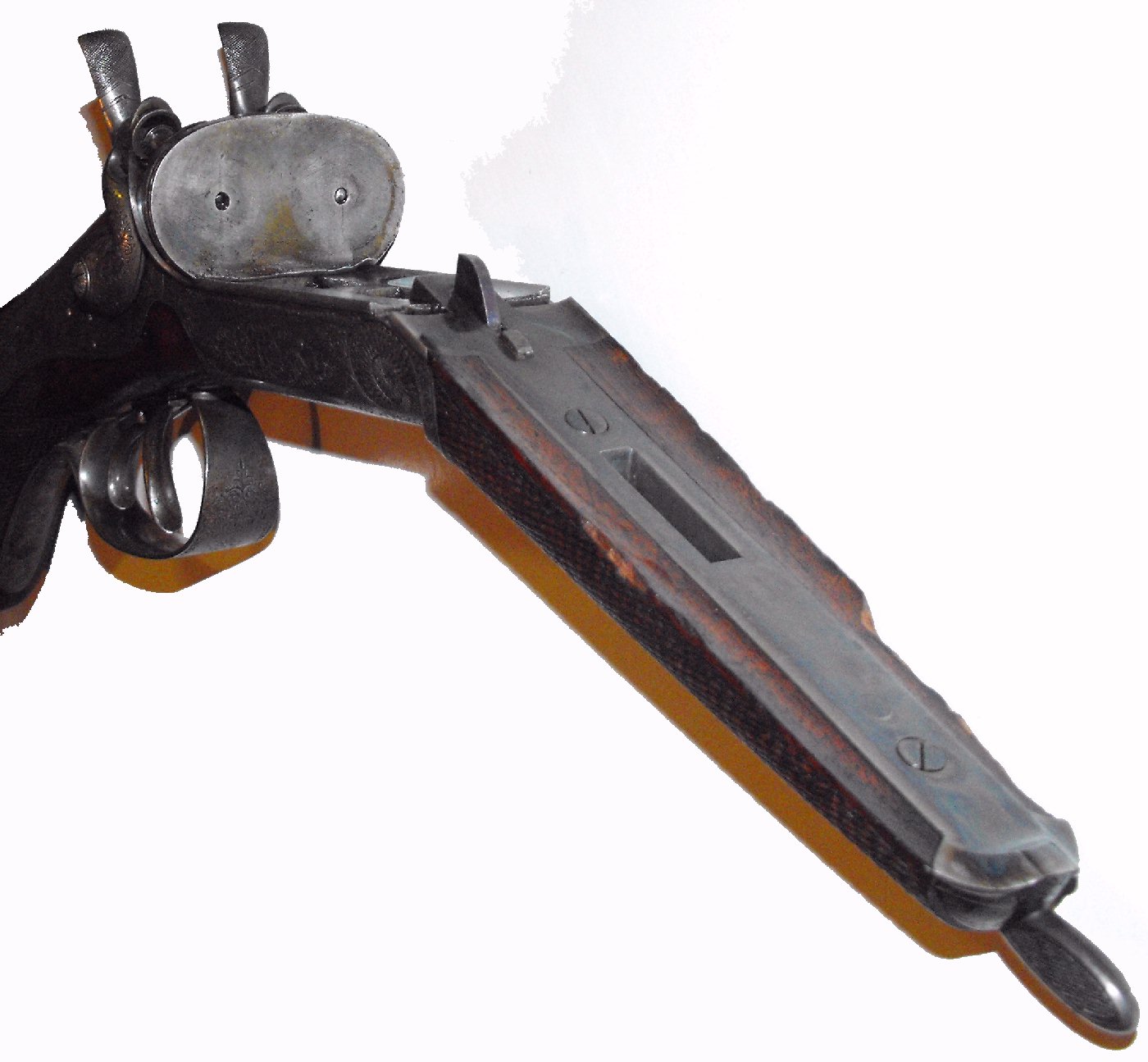 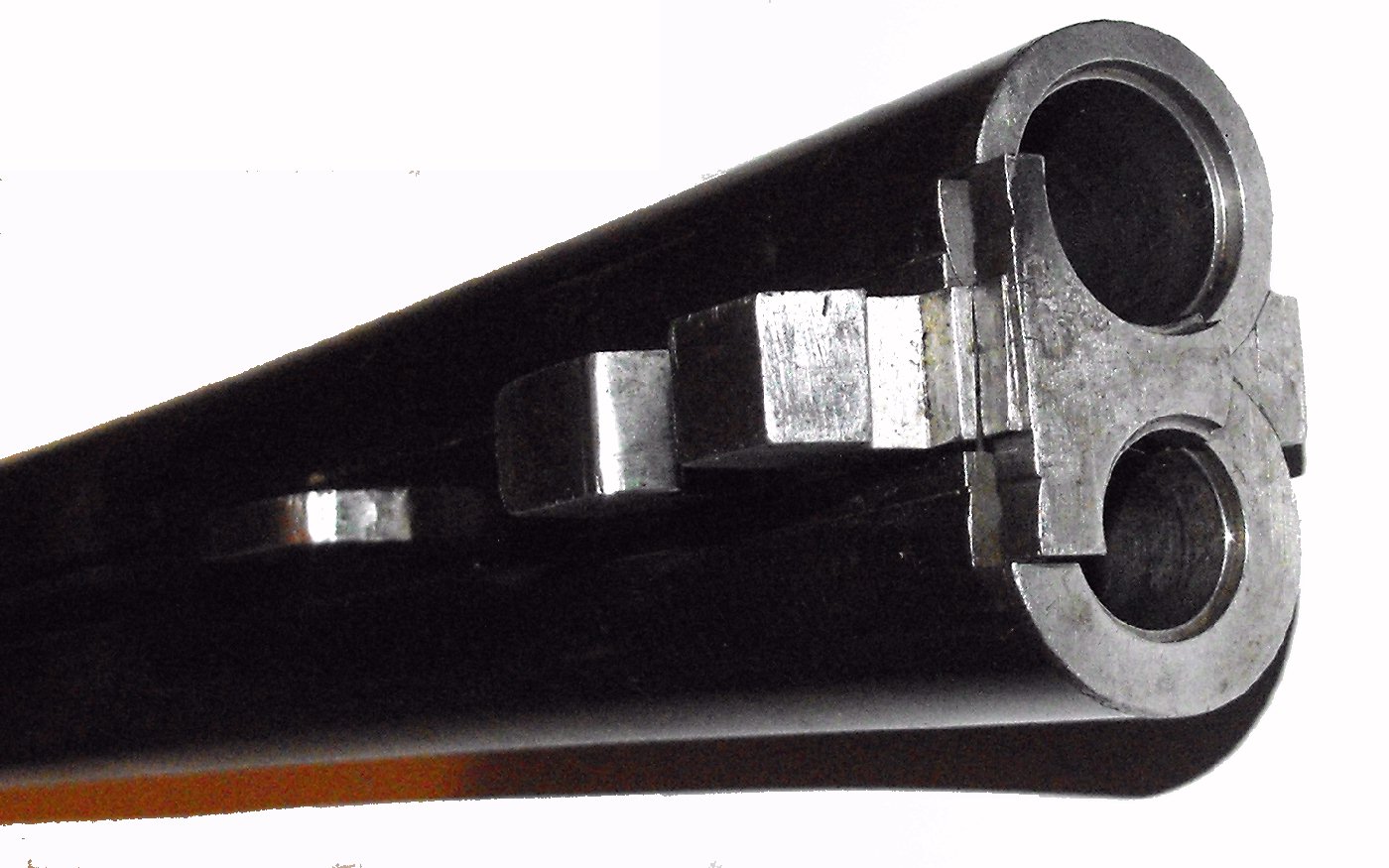 NormanConquest
I sold one to a fellow member here a few years ago that was chambered in 9.3X72 x 16G.

quote:
Originally posted by NormanConquest:
I sold one to a fellow member here a few years ago that was chambered in 9.3X72 x 16G.

Like with most my classic collectables, I adapted a case for this one. 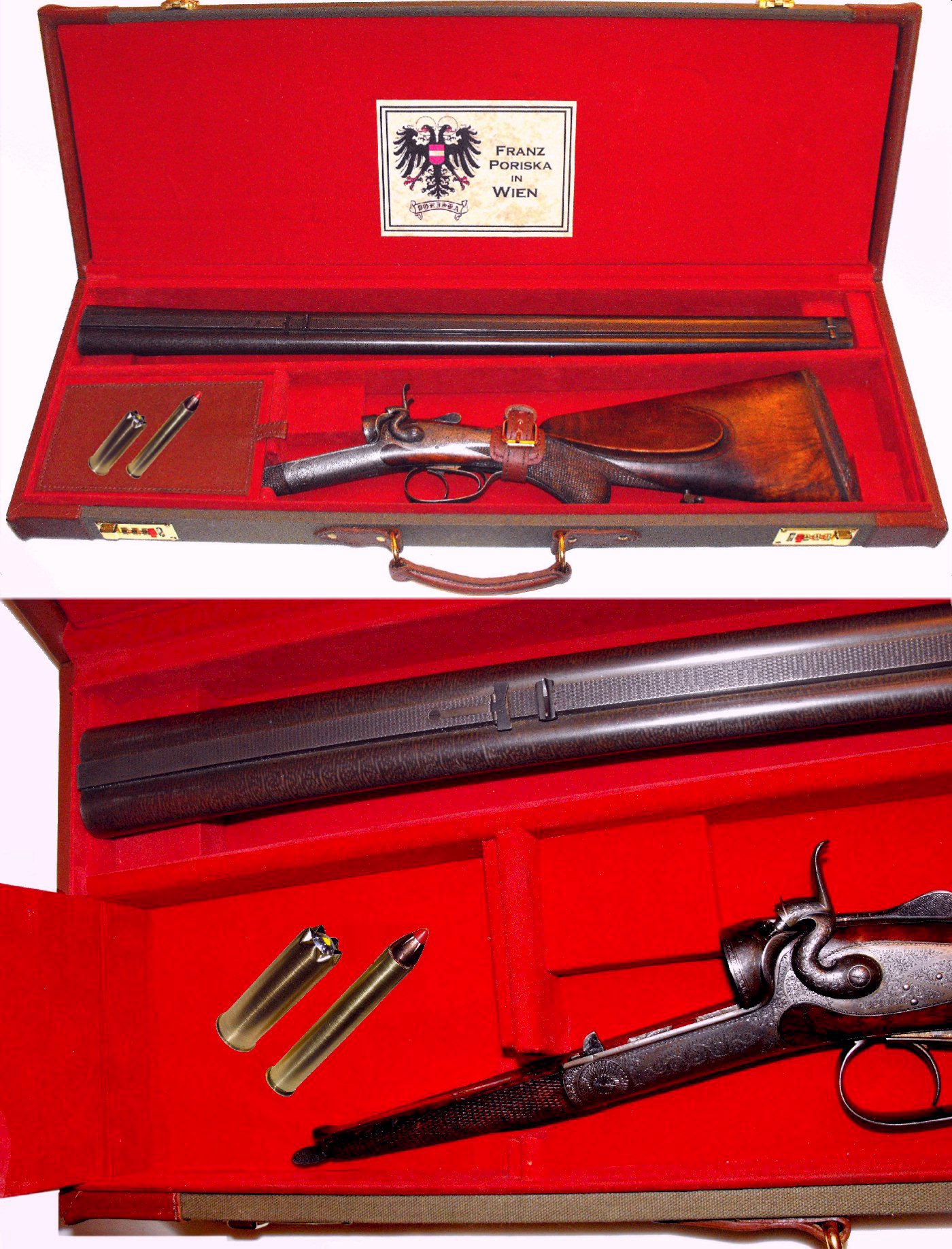 Because the rifle caliber on this Cape Gun is obsolete, and because brass for it is totally non-existent, and because custom loading dies are expensive, and because it would take almost 2 years to get them, and because I shoot "all" of my collectables, well .... I came up with a very simple solution. I rented a 450 bpe reamer for $35, and I hand reamed the 11.6x82R chamber, transforming it into a 450 bpe. It took less than 30 minutes because all the reamer did was to remove the sweeping taper in the middle of the chamber. That amounted to only about .010 of an inch. Now the rifle chamber on this Cape Gun is a standard 450 bpe, and the reamer also cut the rim diameter rim thickness to standard dimensions. I already have 2 double rifles, and a single-shot in 450 bpe caliber, and I already have reloading dies, and brass, and bullets for them. So ....off I go to the range for shooting. 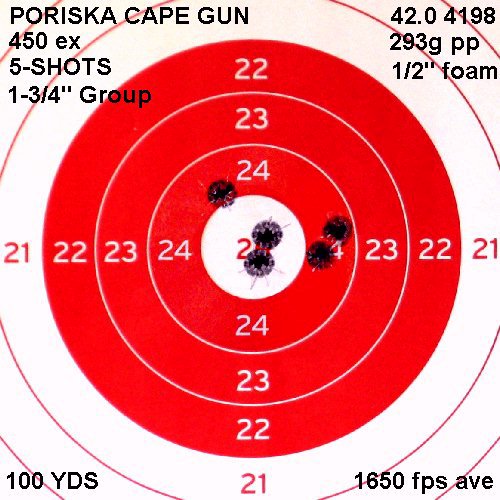 Johnny reb
I always look forward to seeing your newest acquisitions.
mt Al
Very cool rechambering! Amazing it could be that simple and get great accuracy right after.
buckstix

Hello reb,
Thanks for your reply.

This acquisition was unexpected. My friend bought it 11 years ago and never shot it because he couldn't find brass or dies. I told him that when he was ready to pass it on .. I'd be interested in owning it. ... and now I do.

quote:
Originally posted by mt Al:
Very cool rechambering! Amazing it could be that simple and get great accuracy right after.

Hello mt Al,
Thanks for the reply.

I've re-chambered a few rifles that had strange, obsolete, calibers. And I also re-cut some that had crude chambers that were cut with home made reamers. My 8mm Lebel double rifle is such an example. ... http://forums.accuratereloadin...0101804/m/6551038562

The crude chambers were re-cut by hand with a rented reamer. 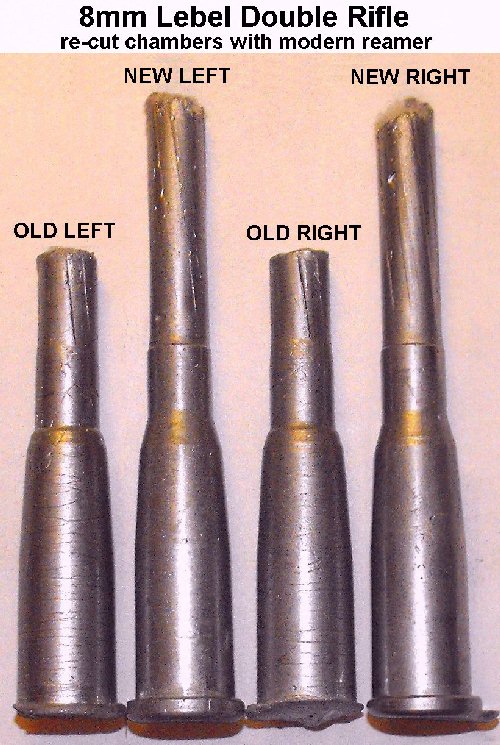 I tired another load today. I loaded some 45 cal Hornady 325g Flex Tip Bullets. I got great results.

Velocities are near original 1800s velocity. A fun thump-er at 29 ft/lbs recoil.


And when I get to the range next time, I'll test ball loads in the smooth bore barrel. Notice the 16 gauge catridge is crimped using my Paradox Crimping Tool. 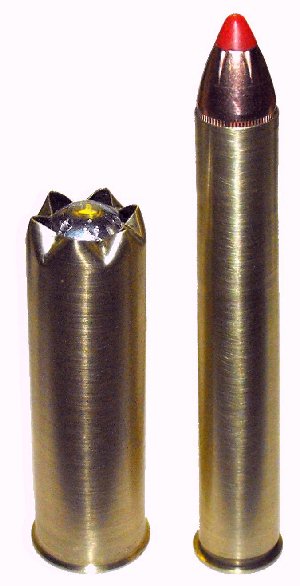 Well, I got around to testing the 16ga barrel with 1oz lead balls. I found that a "stiff" 3-dram load worked best. The black powder load really smoked the target. Here are the results. The high one was the first shot. The others were right-on with a 6-oclock aiming point. This should be good for hunting whitetails this Fall.
.
. 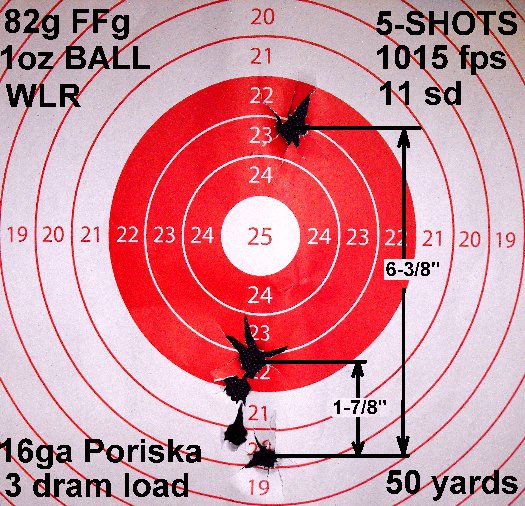 I made it out to the range to pattern the 16ga shotgun barrel. I loaded a 3-dram load of 1oz of 7-1/2 shot = 338 pellets. The shotgun choke of this barrel measured .005", which is a SKEET choke. A skeet choke is recommended for close-in dove and woodcock hunting. My target is shown. With this result using shot, and the result using ball, and with the result using the rifle barrel, I'd be happy to take this gun into the field and test it on any size game, from dove, to deer, to boar, to bear. 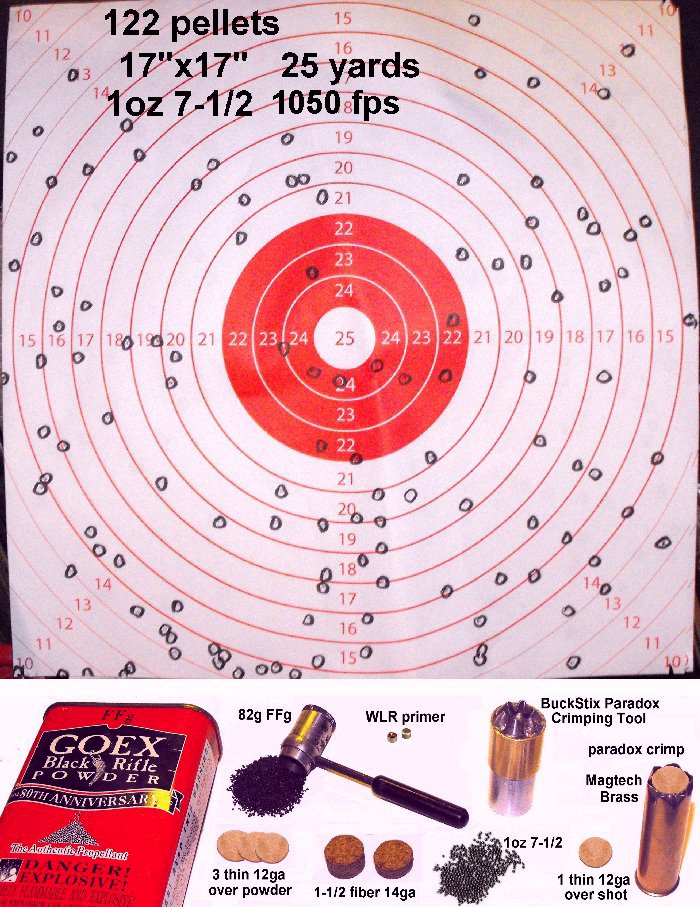