The Accurate Reloading Forums
SOLD-AR-Type Rifle in 458 SOCOM
This topic can be found at:
http://forums.accuratereloading.com/eve/forums/a/tpc/f/5451078981/m/1491036652
Biebs
SOLD-AR-Type Rifle in 458 SOCOM
This has got to be the ultimate Hog-killing machine. It was put together by our own dcpd, with the fixed stock, a longer barrel for maximum ballistics, muzzlebrake, and an Anderson upper. It will come with the 8 magazines shown. The 30-round AR magazine takes 10 of the fat 458 SOCOM bullets, so it's legal in states with magazine restrictions. I added the riser on the receiver to easy acquisition of a sight picture in a scope or Red Dot. Shoots 300gr bullets at 1,850 FPS+ as fast as you can full the trigger. Ammo not included, as it would have to ship separately, but we can talk about that. 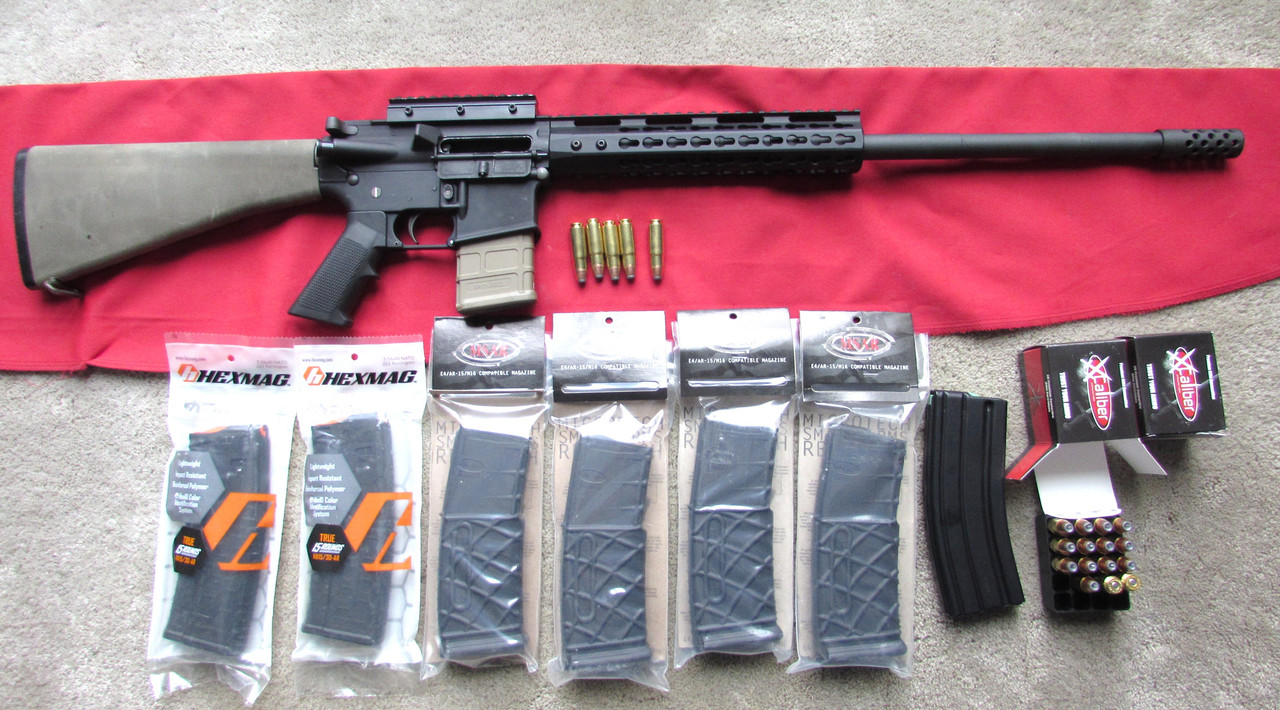 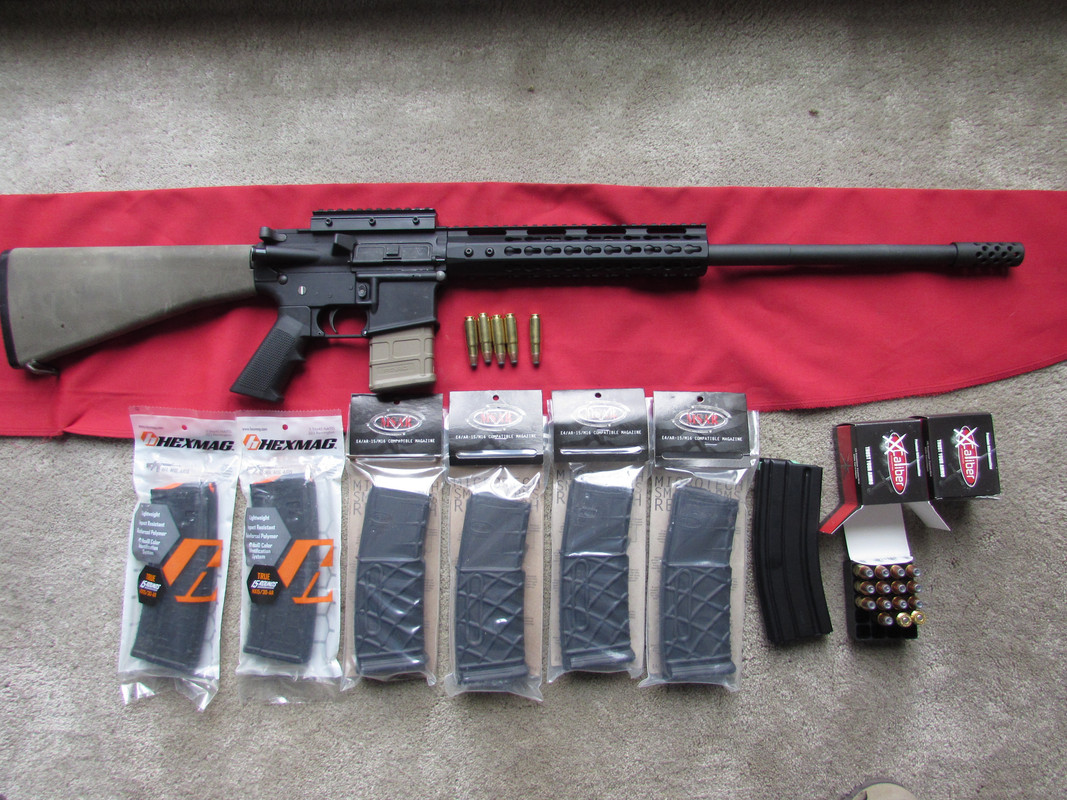 “When you open your heart to Patriotism, there is no room for prejudice.”
– Donald J. Trump, President of The United States, January 20, 2017

Biebs
Yes, sure beat the hell out of those puny 223 ARs :-)
Biebs
$850!
Biebs
Last call at $795 shipped
Bill/Oregon
Good gracious, gentlemen! The Biebster is virtually giving away this hammer!
Once you shoot the SOCOM you'll be amazed at the power with so little recoil.
Dcpd builds a fine rifle. He built my 6.5 Grendel.


The language of God is science.

Biebs
Bill, cleaning up! Guns, camo, boots, ammo....anything I don't use. A Spring Cleaning, in January :-)
mrmit
Biebs, PM sent. Mark
Biebs
PM back at ya!
dpcd
Yeah, I can't stand those wimpy 16 inch carbines; that barrel is custom made, one of a kind.
Biebs
It's a portable cannon!