The Accurate Reloading Forums
First outing with the .50-70
This topic can be found at:
http://forums.accuratereloading.com/eve/forums/a/tpc/f/5031007002/m/4381000862
Bill/Oregon
First outing with the .50-70
Took the new/old .50-70 Swedish rolling block to the range today after years of postponed smithing. Green Mountain full octagon barrel fitted years ago to an 1875 Husqvarna re-arsenaled to 8X58 in 1896 by John Taylor of Taylor Machine and chambered to .50-70 Government. Wood turned by George at Treebone, and inletted and final shaped by friend Tim Rossbach of Minnesota. I did the final stain (muffed the Homer Dangler stain but sanded my way out of it mostly) and finished for now with 10 coats of Tru-oil cut 1:1 with methylated spirits.
This thing weighs about 11 pounds, and is not an offhand rifle, but neither were those preferred by the buffalo hunters.
Sights are the Montana Vintage Armory version of the Beech combination front sight and the original Remington "Rough and Ready" rear aperture sight.
I used two loads to test its wings:
The Buffalo Arms 600-grain Creedmoor over 62 grains of Old Eynsford 2F and the Lee 515-450 over 64 grains, both compressed, in Starline brass with the Winchester Large Rifle Magnum primer -- not my first choice, but who can choose primers these days? Lube was SPG applied by hand.
I work part-time at our Otero County, NM, shooting range and can say that the rattle of .300 Win Mags, 5.56 Nato and 7.62X39 is one thing, but the distinctive boom of a black powder cartridge rifle is quite another. Trigger pull is crisp but stout. Lots to learn about the loads and the sights -- probably will invest in a Soule/Vernier tang and globe front -- but what a privilege to shoot this rifle and share it with friends.
Marc Davis, retired Air Force and retired New Mexico State Police, sends a 608-grain lead slug down range. He liked the traditional 1870s sights.
Friend and Rangemaster Mark Douglas lets one fly at the half-size steel bison gong at 225 yards, hitting one out of two.
We all gained fresh respect for the "old dead guys" who shot these rifles for a living, and to defend their lives on the Great Plains in the time of the great horse-back cavalries of the Kiowa and Comanche.

There is hope, even when your brain tells you there isn’t.
– John Green, author

Bad Ass Wallace
My 50/70 is probably the biggest cartridge that I shoot after my heart surgery 3 years ago. I settled on two loads, a Lyman 450gn and a CBE 520gn both with 70gns of FFG. 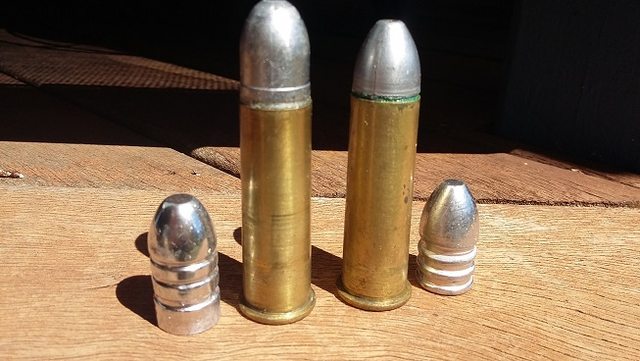 My rifle is a Pedersoli 'Long Range" model with half round, half octagonal 34" barrel and target sights, very accurate. 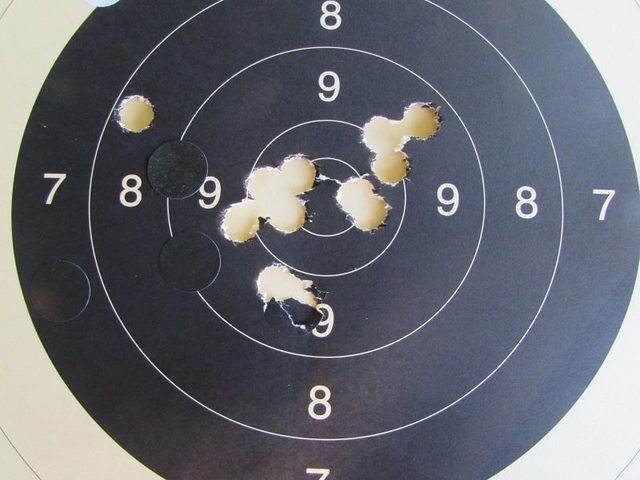 Hold still varmint; while I plugs yer!
If'n I miss, our band of 45/70 brothers, will fill yer full of lead!


Leo L.
When I take my C. Sharps Win 1885 in 38-55 loaded with 46 grains of Swiss 3f compressed under a 320 grain cast bullet with a large pistol primer it draws attention. The sound and the smoke are fun and it is accurate.
Buglemintoday
Very awesome! Cool cartridge and rifle

Have from time to time considered a Rollingblock in .50cal.

They can made cheap from Swedish or danish rollingblocks that were made foe smokeless rounds.

cal pappas
I shoot my Remington rolling block New York contract a few times a month. Doesn't fit me and the sights suck but it is great fun.
Cal

Bill/Oregon
Cal, I almost bought a New York contract rolling block many years ago, and regretted that I didn't. Jens, this rifle is built on a Husqvarna action from an 8X58R conversion. Feels like a bank vault closing when the block snaps forward.

About snapping the block forward, if it has a round chambered be sure sure sure that the firing pin hasn't stuck forward if your block doesn't have the automatic pin retractor! They make an awful mess when they go off without the hammer under the block.
Bill/Oregon
I hate to confess to using smokeless in a BPC rifle, but was just skimming Ken Waters' old Pet Loads chapter on the .50-70. He got very good performance out of a Shiloh carbine with 33 grains of IMR 4198 under the Lyman 515142 490-grain bullet.
I have a bit of H4198 on hand and am tempted to put up a few loads, sneaking up, of course, on the Waters load but with the Lee 515450 F bullet.