The Accurate Reloading Forums
Primer Bullet Push & Primer Setback
This topic can be found at:
http://forums.accuratereloading.com/eve/forums/a/tpc/f/5031007002/m/3861087952
TexasMac
Primer Bullet Push & Primer Setback
I was reading an old internet link this morning on testing the power of various primers. I use Federal GM150M match large pistol primers in .40-65 & .45-70 BPCR cartridges. So, being somewhat bored, I decided to determine how far a primer along would shove a 540gr Paul Jones Creedmoor bullet (16:1 alloy) down the bore of my Browning. As the photo below displays, the bullet was shoved almost completely into the lands. The land impressions stop just short of passing the driving band. No doubt using a softer alloy or a rifle primer would have resulted in the bullet being pushed much further into the bore.

BTW, on a related subject, in an article I wrote some time ago titled, Firing a Black Powder Cartridge - Progression of Events (http://www.texas-mac.com/Firing_a_Black_Powder_Cartridge_-_Progression_of_Events.html), I made the following comment:

The above is the main reason the softer breechblock face of some older 19th and early 20th century rifles can experience peening around the firing pin hole when firing cartridges with pistol primers which are not as tall as rifle primers & can gain more momentum prior to striking the breechblock face.

Later on in the article I commented on what happens to the primer when firing a full power load. “Although the case locks against the chamber wall the pressure is sufficient to stretch it back enough to reseat the primer flush with the rear of the case. By the way, if you doubt the case is stretching back to reseat the primer, fire an unloaded case with only a primer. If the primer remains slightly backed out of the primer pocket but is flush after being fired in a full powder load, it’s a clear indication the case is stretching back slightly, but it’s minimal and is not a reason for concern assuming the headspace and/or head clearance is not excessive.”

In today’s little experiment the primer was certainly setback the amount of the head clearance. 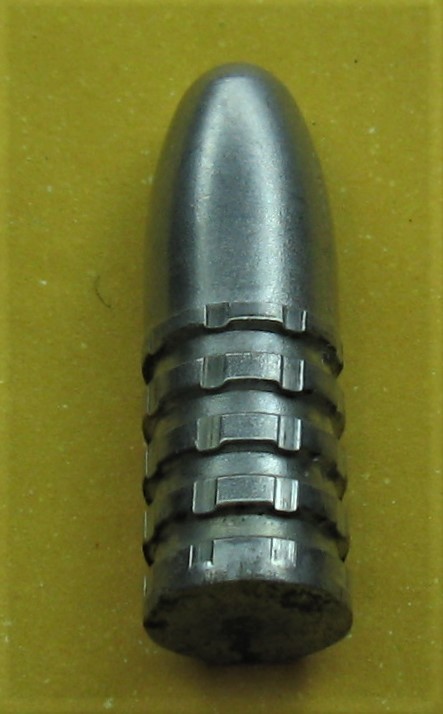