The Accurate Reloading Forums
1904 Portuguese Vergueiro
This topic can be found at:
http://forums.accuratereloading.com/eve/forums/a/tpc/f/3281019521/m/3761087452
yumastepside
1904 Portuguese Vergueiro
Some time back I started working on a Vergueiro action that was given to me, it had a bolt but no ejector on the action itself, so I bought one from a dealer in Queensland. Another friend of mine gave me a couple of old stocks he had and I decided to use one of these for this project, a very slim, lightweight BRNO stock, probably from a .222 or something similar.The floorplate/trigger guard was a spare one I had from a 98 Mauser, the front sight was one from an old .22rf.....so far, total cost $28 for the ejector.

A bloke I shoot with fitted the barrel for me and as he didn't have a 7.65x53 reamer he used a 308 Win. reamer to finish the headspace, so it is now a slightly improved 7.65x53.
I made a " spoon " bolt handle from a piece of flat barstock, cut the original rear sight mount down for a new sight base, sliced up the front barrel band/bayonet mount and TIG welded an old aftermarket sling swivel to it for a front sling mount. 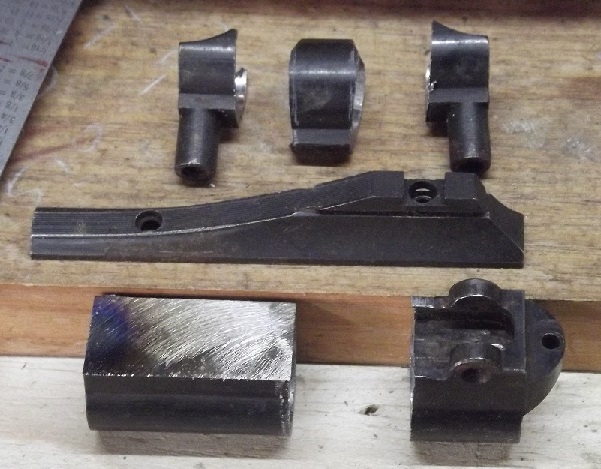 For a scope mount I cut down an aftermarket mount for a Mossberg shotgun and set it up as a canterlever style. 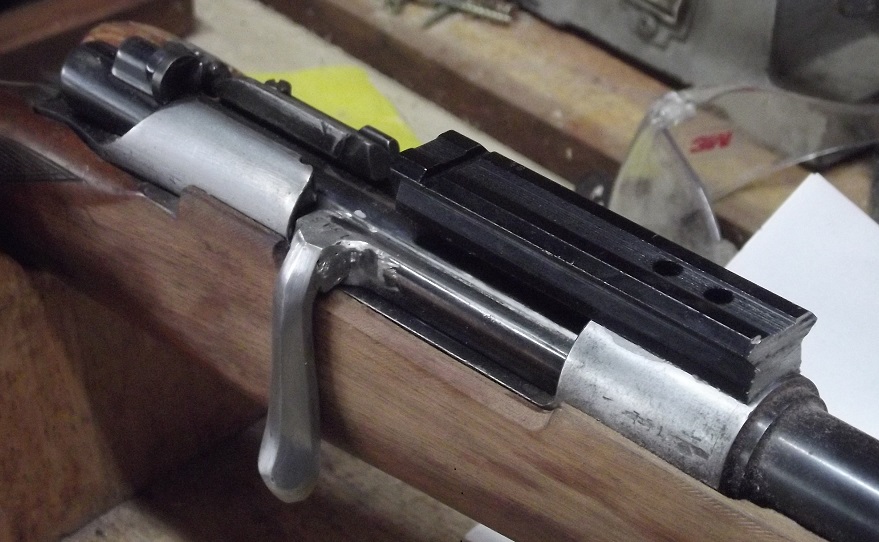 The fore-end on the stock looked a bit long so I cut it back and re-shaped it. I still have to modify the safety, finish dressing up the assorted welds, drill and tap for the scope mount,and solder on the various fittings, but for the purpose of visualising the finished unit I have superglued the bits on to see how it looks ( don't crucify me for the superglue, its the best way to " see " what it will look like )
As soon as I get the time I will post a pic of the mock-up.

Still a lot to do but its a start

Roger
dpcd
Now that is Gunsmithing!
None of this using easily available components to build a rifle; anyone can do that.
bpesteve
Wonderfully creative, nice job!!
yumastepside
The start of the lever floorplate release..... 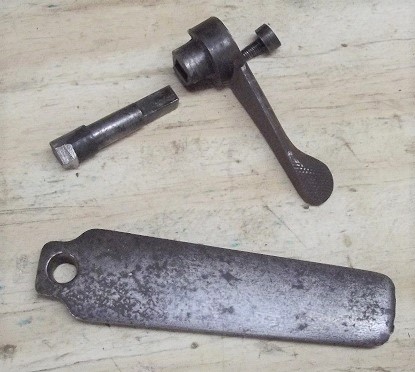 ....parts of an old Remington shotgun that was thrown away....

Roger
cdsx
Well done, that man! That's shaping up to be a very attractive rifle. You're a man after my own taste.

But please tell us that scope mount is a work in progress. It looks like it's desperately clinging on for dear life. A good-quality side mount would be really solid and very period-correct. Like us, you're in SMLE country, so they shouldn't be hard to find. And don't apologize for the super-glue, it's exactly the right thing for mocking-up an assembly. We used it in prototyping constantly. Just don't forget which parts are glued: You'll need to remember and replace it with proper mountings when you're done.

Please follow up with more photos of your progress. It's looking very impressive.
yumastepside
I've never been a fan of side mounts, although I have a couple on other split bridge rifles, but a pic of a South African Vergueiro prompted me to make this style of mount.... 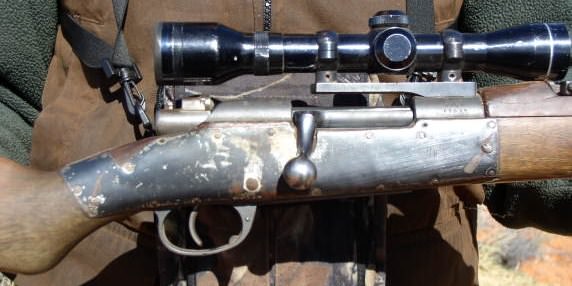 ....hopefully when its drilled and tapped and mounted properly, and with a bit more shaping, it will look better...also some lower rings...

Thanks for your encouraging comments.

Roger
cdsx
I understand completely, and I can't fault anyone for following his own vision. Still a damned nice project.
cdsx
Oh, and is that sheet metal nailed-on reinforcement on that Vergueiro??? Talk about field expedient - combination of Mad Max and Red Green!
yumastepside
.....apparently it was a quite common repair/re-enforcement back in the day.

Roger
Uncle Grinch
It took me quite a while, but I finally got my Portuguese Vergueiro Mauser finished thanks to z1r and inthe10ring over on Mausercentral.net. I’m not a woodworker, but it a hunting rifle, not a show piece.

Bill/Oregon
Excellent! Always wanted to play with a Vergueiro. We need to see some harvests with this tool!