The Accurate Reloading Forums
Arisaka
This topic can be found at:
http://forums.accuratereloading.com/eve/forums/a/tpc/f/3281019521/m/1141000072
yumastepside
Arisaka
I've been offered an Arisaka action ( action, mag, floorplate and bolt only with tangs...haven't seen it yet ) and I would like to know if there is a way to tell the difference between the better early to mid production units and the poorer quality " last ditch " actions?

Roger
dpcd
Yes, however, even the late Type 99s are stronger than any other military action. They will just be rougher machined, not polished, and the safety will be welded, and the bolt knob might be cylindrical and not oval.
Also look at the markings; a Type 38 and Type 99 will be marked on the receiver; They say, 99 Type; but they dropped that late in the war.
The only Jap actions that aren't strong are the ones made for blanks, and they are easy to tell; tangs are cast s part of the receiver. Definitely don't use those. But they are rare.
So, any Jap action is strong. Just late ones are rough. Easy to see when you get it. Funny I just today was offered one. They require the barrel to be bored deep for the bolt at the breech.
PO Ackley could not blow them up. And in high school, I and a friend found one in a trash dump and tried to blow it up; couldn't.
dpcd
This says; 99 Type.
And was captured; surrendered ones we let them deface the Mum. I have a last ditch 99; only has the mum and no other markings. Makers marks are on the left receiver side; three circles, circle and crescent, look them up. Tokyo gas and electric, Nagoya arsenal, I do not have those memorized like I should. 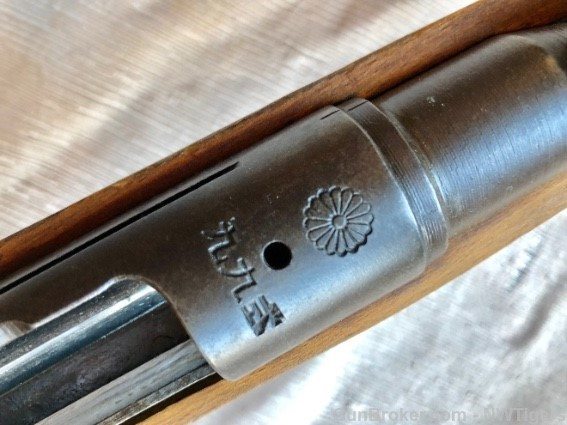 yumastepside
Apparently the m38 has 2 holes and the m99 has 1.

Roger
dpcd
Yes; gas escape holes. But they are also marked with the model on the top. But they are not "better"; early 99s are as well finished. It's just the rough finish, which you can easily see, that will or might need polishing for a shorter. Depends on what you are doing with it. Typical Type 38 (1905)There are variations of the markings.
But the 38 is evident. 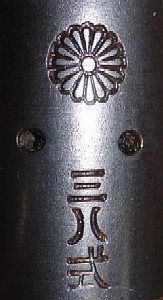 yumastepside
What about heat treatment quality on later models?

Roger
dpcd
Better than any other bolt action rifle of the period. They even chrome plated the bores. They did not spend any effort on finish, but they knew how to make steel.
Again, the ones that are unsafe are the training rifles made for blanks only and they are easy to differentiate from a real rifle.
I've never seen or heard of one that failed. However, like anything else you are on your own.
NormanConquest
Tom, I have heard that story about P.O. Ackley doing an attempt to blow it up but couldn't. Personally I have never liked the appearance, but they are hell for stout. I load for a buddy who has a 7.7 + couldn't find ammo. I sized 8MM brass to 303 + used Enfield bullets. Accuracy was quite good.

dpcd
Right; in his book he describes trying to blow an Arisaka up. He did succeed in finally stripping the threads on the barrel and blowing the barrel off the receiver. Nothing else was damaged.
Try that with any other military action, and most commercial ones.
They are made from very good steel and are super strong. Late ones are roughly machined and not polished, and they are clunky.
And the Type 99s all have chrome plated bores; no other country did that in WW2.
lonniemike
I always heard that Jap and Russian actions were real tuff.
dpcd
True; the Mosin Nagant is also super strong. The left hand locking surface is literally the entire receiver because the lugs sit left and right and not up and down as in all other Mauser influenced actions.
yumastepside
Picked up action yesterday...I'm thinking plain vanilla 308Win......any thoughts? 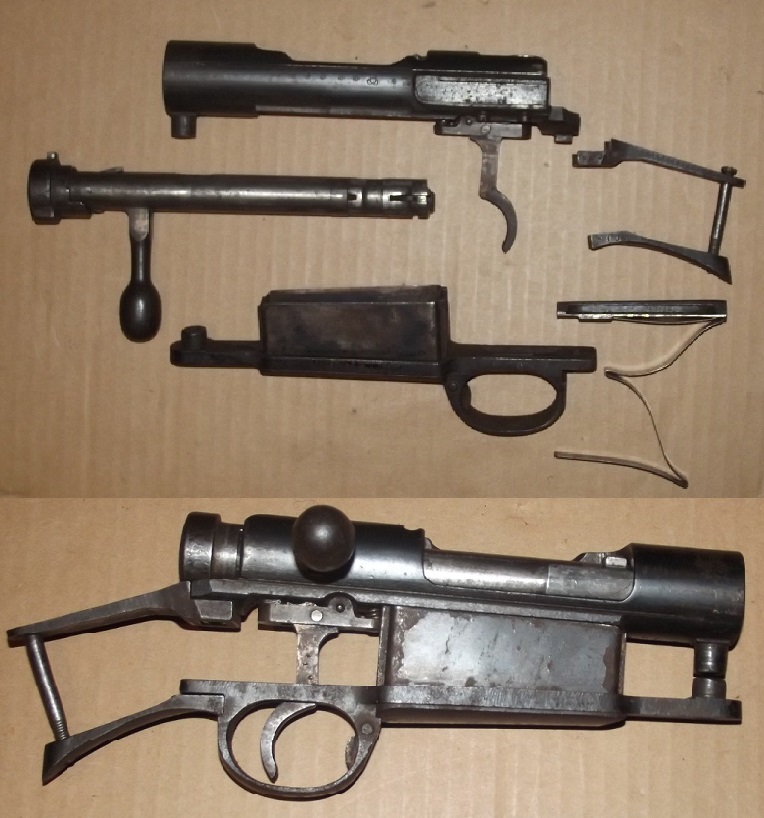 Roger
Hipshoot
If you are thinking .308W, why not go with something a little more exotic like the .338 Federal?

Roger
dpcd
Go for it.
yumastepside
Now the hurry up and wait begins.....It now goes to a dealer to be held for the 28 days while it gets registered by the firearms registry before I can get it back.

Roger
dpcd
Wow; 28 days. Here those are traded like scrap iron.
Yes, if a dealer has it, he has to do the check, but if an individual has it, it's like a hammer.
But I'm sure it prevents gang members from getting them and robbing liquor stores.
Bill/Oregon
I always liked the original 6.5 Jap out of a very nice bore. So pleasant to shoot and so bloody accurate.

yumastepside
Yes, if it had a nice barrel, that would have been good, 6.5 or 7.7.
But unfortunately it doesn't, and I don't have a 308 rifle, but I do have 30 cal. barrels and loaded 308 ammo.....I'm thinking slender 22" barrel, sporter stock,3-9 scope ( to make the most of the calibre ) for a light walk-around, general purpose rifle with a classic action.

One thing I was thinking of doing, was to use the lower tang inletted into the grip and possibly part of the upper tang , permanently attached, as a bit more guide for the bolt. 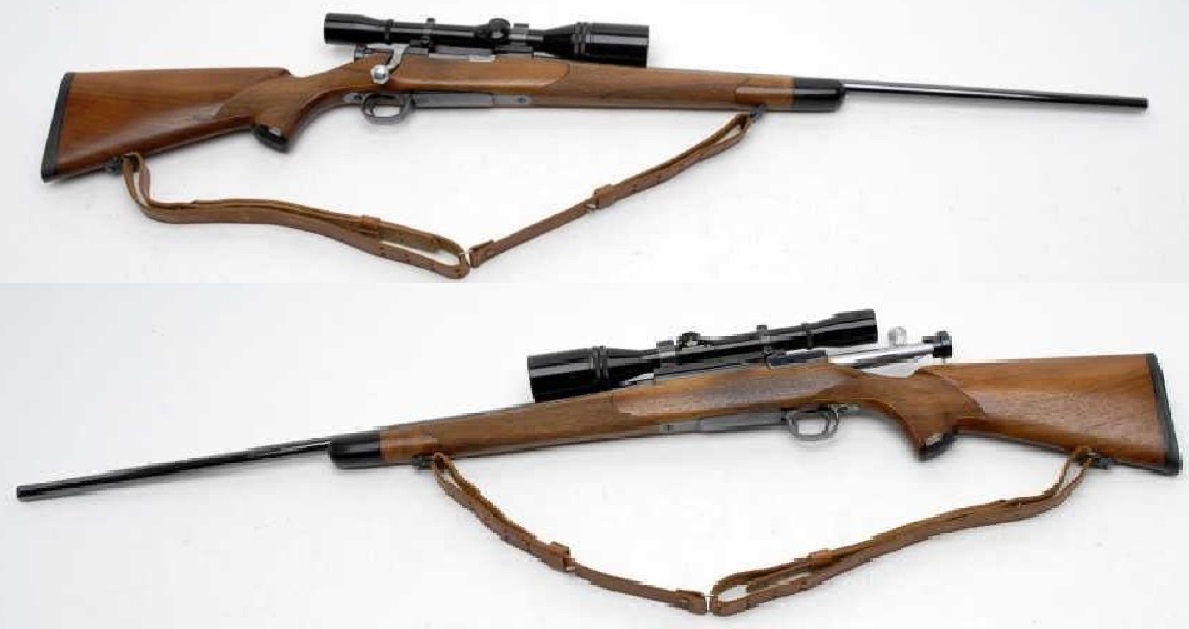 Roger
yumastepside
Well, I've got my action back and about to start work on it....a question for Arisaka owners...Does the ejector arm usually swing loose until the bolt is pulled back or am I missing something??
The exploded diagrams give no indication of a spring or anything to keep tension on it....any help would be appreciated, this is new to me.

Roger
dpcd
Unlike Mausers, arisaka ejectors are mechanically acutated.
yumastepside
Thanks, just wanted to make sure there wasn't something missing.

Roger
yumastepside
OK, I dropped a 308 into the Arisaka magbox, there was so much wasted length in there that you could almost hear an echo

Cartridge is too short.

Make sure the 308n well feed properly
dpcd
It's because whoever built them didn't consider the difference between the non tapered 308 and the tapered Jap round and machine the feed rails to accommodate that.
It wasn't the length of the cartridge that is the issue.
p dog shooter
Could very well be the problem.

I use it as a two shot. It feeds the 2nd one just fine. Any more in the mag no go.

Paid 30 dollars for it. With open sights it well put two in the same hole at 50 yards.

It is the one rifle I well borrow out.
dpcd
I have barreled them and made them feed.
yumastepside
I changed the follower to a Mauser and it fed three dummy rounds beautifully....so far, so good!

...three rounds is all I have at the moment

yumastepside
A couple of things to start with...
Re-tapped triggerguard holes to a standard pitch and machine screws 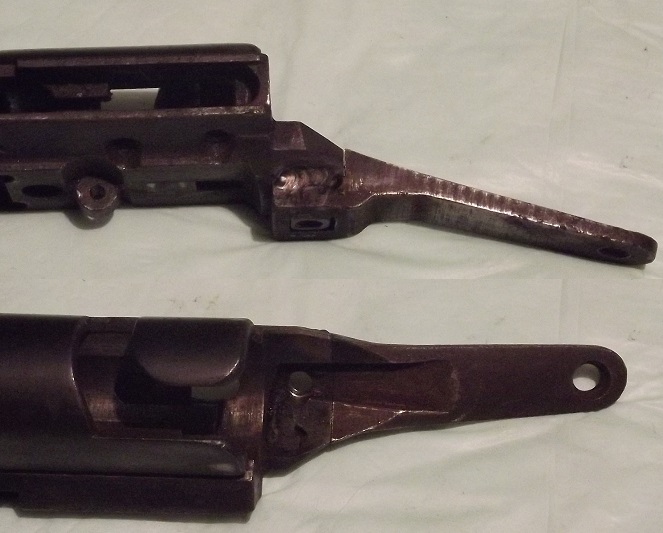 and lower tangs as a fixture 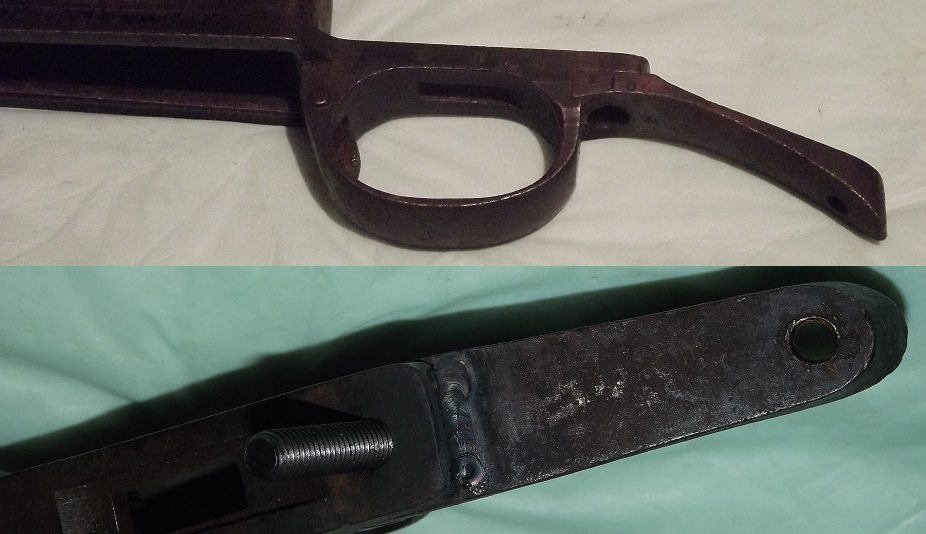 I like to keep some of the bits that make it an Arisaka...the safety knob, mum, bolt knob and some of the tangs, just like keeping the dogleg bolt and floorplate on the big Enfield....they're not all Mausers