ZekeShikar
I should update a bit more often but my 2006 Mark-X PSE seems to keep on killing. Lastly was a B&C/P&Y Shiras moose a couple years ago and I'm hoping to repeat the success on a Wyoming LQ elk this year.
I shot it well in Africa also...except for that damn diker that was way fast!

Zeke
Buglemintoday
Update to this thread- I ended up getting the Heli-M from my friend over a year after making this thread...it is a lot quieter than my Drenalin. I now have 2....you need a back-up bow - right?

twilli
Bowtech realm with an HHA sight. Love it so glad I upgraded. Expensive but I think its worth the $1100
Scott Powell
Like many I upgrade every 3-4 yrs.. Currently using a Mathews Halon. My son likes it because he gets my hand-me-down bow.. So he is shooting my old Heli-M now...


"At least once every human being should have to run for his life - to teach him that milk does not come from the supermarket, that safety does not come from policemen, and that news is not something that happens to other people." - Robert Heinlein

Hutty
Upgraded this year to a bowtech realm SS. Had been shooting a bowtech destroyer 350. The 350 is a great bow but wanted to upgrade for a Wyoming elk hunt this Sept.


The danger of civilization, of course, is that you will piss away your life on nonsense

Flipper Dude
Matthews Z7 still taking care of business for me.
Steve E.
I went from a PSE Beast to a Killer Instinct Swat XP and absolutely love it. Beast setup is for sale if anyone is interested.

Quite enjoying the setup.

Went for a walk during the off season, and got this pleasant surprise. Got this Sable bull on walk and stalk. 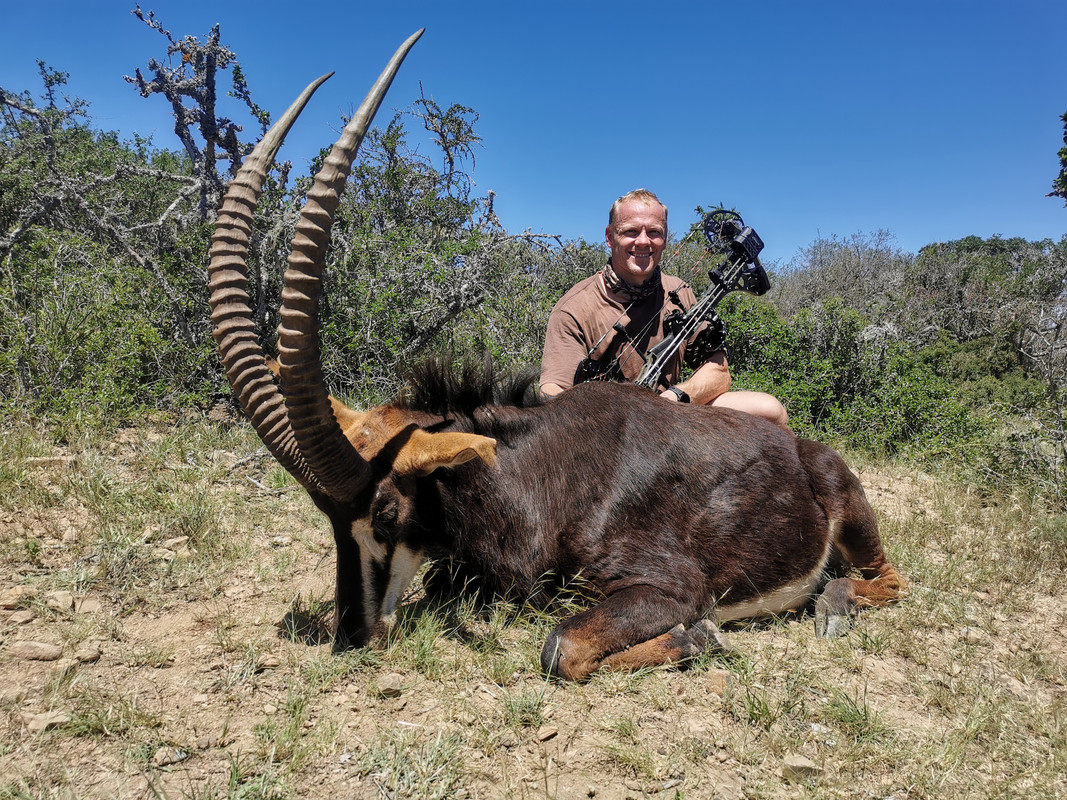 Nice sable! Two friends of mine both shot sable this past week with Charl van Rooyen and Infinito Safaris with their Mathews V3's. One also shot Roan and Tsessebe as well.
KMG Hunting Safaris

Nice sable! Two friends of mine both shot sable this past week with Charl van Rooyen and Infinito Safaris with their Mathews V3's. One also shot Roan and Tsessebe as well.

Thank you. This one was targeted after seeing that he had lost some conditioning due to the dry conditions.
His body was tiny compared to a healthy bull.